The North American Carcass Project gave the beef industry conclusive data that South Devon cattle perform and give you more for your money.

Responding to the data collected from the NASDA Carcass Project, Dr. Michael Dikeman, Kansas State University stated “South Devon cattle tend to defy the general antagonism that exists between percent meat yield and marbling. In other words, South Devon have a higher percent meat yield than other British cattle at the same marbling and at a common slaughter weight.”

South Devon cattle have performed exceptionally well against all breeds in bull tests and steer competitions.

South Devon have been an integral breed at the Midland Bull Test, Columbus, MT since the late 1970s where over 1,800 bulls are performance tested annually. Long recognized among cattlemen as the performance genetic testing grounds for the major breeds, South Devon bulls continue to excel in average daily gain, weight per day of age and overall performance. A South Devon bull consigned by MJB South Devons, Lodge Grass, MT was the top gaining bull overall breeds, posting a 4.74 average daily gain, with a ratio of 127 and a weight per day of age of 3.71.

Tom Williams, Chappell Feed Lot, Chappell, Nebraska fed 200 head of South Devon calves owned by Thompson Land and Cattle Company, Motley, Minnesota in his 7,000-head capacity feedlot. He stated the feed conversion was 5.26 lbs. of feed per pound of gain and was the overall top in the feedyard for that year. He also added that the Thompson calves had the least expensive cost of gain in the lot. “They are easy to feed, easy on your wallet and easy to raise,” said Vearl Thompson, owner of Thompson Land & Cattle Company.

Bud Burgess, South Devon breeder from Colorado who currently markets South Devon beef stated “South Devon cattle have a unique ability to marble well (high quality grades) and yield well (consistently over 65%). Most cattle breeds can only offer one or the other of these carcass characteristics.”

Pacific Northwest Washington state rancher Lee Engelhardt fed his entire crop of 200 South Devon calves at North Platte Feeders in North Platte, Nebraska. Out of 200 head, 84% graded Choice, 74% yield grades 1 and 2. There were no #4’s and no discounts or dark cutters. Englehardt stated “The higher the percent South Devon the better the cattle get.” He has also discovered that South Devon have more longevity than any other breed ever used on his ranch.

Purdue University studies showed that South Devon-sired calves had the highest net profit based on a common grid pricing scenario.

In study after study, South Devon have risen to the top on carcass quality. When compared with 16 other breeds at MARC, the South Devon breed had the highest meat tenderness score of all beef breeds. These earlier tenderness findings from MARC have been confirmed by recent trials at Oklahoma State University. Combining 1994 and 1998 trial results, a total of 38 South Devon carcasses have been evaluated for tenderness. According to Warner-Bratzler Shear tests, 30 of the 38 carcasses were designated VERY TENDER (79%) and 6 of the remaining 8 were designated TENDER (16%). Average shear force required on the steaks from the 38 carcasses was 7.42 lbs.

MARC data indicated that steaks from South Devon crosses have lower Warner-Bratzler shear values than all other beef or dual-purpose breeds. Also, taste panel tenderness, flavor and juiciness scores tended to be higher for steaks from South Devon. The research results and field results show that South Devon cattle have very good marbling potential and produce meat that is very tender, flavorful and juicy. 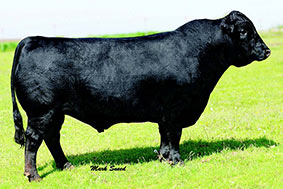 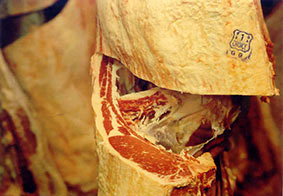 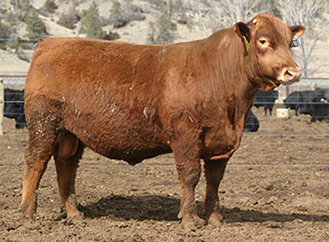